Recently the media on the island ran a slew of heated discussions on the much-debated “kill-so-large” (殺很大) franchise of on-line video games commercials. The prima donnas in those commercial campaigns usually feature seemingly underage girls with child-like voices and physiques, yet at the same time possess over-grown bosoms craved by any catwalk models. This phenomenon sheds light on an interesting psychological aspect of the male population here in Taiwan. This also helps explain the distinction between the Western and Eastern male preference over the opposite sex, and ultimately determines how females opt to choose their outward appearances and overall external behaviors.

A typical fantasy girl for the on-line game male cohort, and to a great extend generalizes to the male population on the island, is one who usually seems infantile and naive. A fantasy girl doesn’t seem to know a whole lot on the workings of the everyday world. She is happy just to be posed in front of the big-head photo (大頭貼) machine, squeezes myriad funny faces with the victory sign. Or she might carry a velvet purse with a hello-kitty logo and is well-versed in the Japanese pop culture. All and all, she is someone who can be very easily manipulated and toyed with. A fantasy girl is not intimidating and does not know what to do in an event of broken tire on the highway. However, there is one thing that a fantasy girl can’t do away with, and that is owning a mountain-like cleavage.

A typical western male sexual fantasy usually features a female figure with an overly mature physique. She has a nice round curvature with a dominatrix-like demeanor. She is wild and adventurous akin to the characters in Sex and the City. She is usually on-top-of things and is not afraid of asking for sexual adventures. However, this mode of expression usually startles male population in the East where girls are usually taught to be restrained and abstentious.

The reason for Asian males’ school-girl preference, in my opinion, stems from the way they were brought up. A typical Asian boy is taught from youngster to be a “good boy” (乖小孩) , yet at the same time to be “in-charge” when it comes to dealing with the opposite sex. Whereas a Western boy is taught to express his mind and encouraged to experience things. In fact, the word “乖” has no counterpart in English, and is poorly translated as “being good.” The Eastern upbringing works as a double-bind on the boys in the East. On the one hand it is a virtue to be “nice” and play by the rules set by the parents. Yet, as it comes to deal with the opposite sex, they are expected be a control freak.

This gives rise to an incomplete maturing process for Asian males sexually and puts an undue burden which turns them toward a comic book-like world. A world populated with girls who can freely satisfy their infantile sexual and psychological needs. In this world, girls aren’t intimidating as to dictate Asian males’ masculine possessiveness, however still retain enough feminine sexual characteristic. When one puts the above formula together, what does one get?- A Barbie doll with boobs.

As cute as a Barbie doll might look, it is still better to choose real-life originals. Wouldn’t a 36 D-cup goes hand-in-hand with a nice round booty and a 180 IQ? At least I think it does. 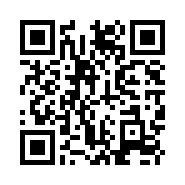