It is not quite an overstatement to say that human nature has often been sanctified as holy and benign in many works of spiritual literature and holy books; and it is usually depicted as distinct from the lesser animal heritage. The Christian myth likes to celebrate the dawn of human birth as divine occurrence, set to work by the Lord’s urge to create. And we are, thus, created in His image as perfect gestalt, not one ounce of improvement can be added. Confucius and Mencius believed that human nature is basically good. The allegorical water’s tendency to flow downward etched deep memories in every Chinese’s collective consciousness. The modern Cartesian notion of the west, on the other hand, works on the assumption that humans are rational beings, capable of cool-headed, unbiased calculation. However, hard-wired in the human brain, lying deeply, and enveloped within layers of outer cortices, is the reptilian part of our human inheritance. Homo sapiens have evolved, it seems, not out of primordial, innocent angels, but out of their primal animal ancestry.
Thailand is a country blessed with tropical milieu. And since places with tropical climate are typically endowed with myriad of natural sceneries, produces and wild lives are abundant in this country. Durians, bananas, watermelons, monkeys, elephants are tourists’ everyday encounter. One of the traveling sites of my tour of this exotic Indo-China land was a visit to the crocodile swamp. The swamp is a place where tourists can pair into a group of 5 to 6 in a boat, forming a croc-fishing expedition. And as a city-slicker from sub-tropical island of Taiwan, I eagerly jumped in the croc-fishing boat, attempted to safely enjoy being a day of Mr. Crocodile in the wild.
We hooked pieces of chicken meat on the tip of a wooden pole, very much like one would hook a little worm on a fishing pole. We dangled the meat in front of the hungry crocodiles as the boat cruised lazily under the sizzling sun. No sooner had the crocs seen the blood-dripping meat descended down the pole than piles of them began to swim wantonly in pursuit of the bait, one on top of the other, chasing ceaselessly after the sanguine flesh.
The long, huge, Paleolithic mouths were filled with sharp diamond-shaped teeth. The thrust of their jaws could easily tear any unattended limbs into pieces. It was without a doubt a quick and easy way to make human sloppy joe. I will never forget the images of how when the hungry, cold-blooded reptiles spotted their potential lunch candidates and crawled sinisterly into the bait from all sides, forming a radial contour. The ruthless gaze in their eyes while they chased after their preys made me recall the predatory nature in ourselves.
On the last day of our tour, we were taken to a famous gem manufacturing factory in the outer reach of Bangkok. Calling it a factory is grossly misleading. Even though there were some manufacturing activities going on there, they were merely a showcase for its more elaborate attempt-soliciting gem accessories.
Right before the bus was brought to a halt in the factory, our overzealous tour guide presented us a thorough introduction of all different kinds of gem stones. The differences in color bestow unique functions in each stone. For example, a blue stone represents career prospect, a yellow stone generates wealth, and a red stone congregates health.
As soon as the introduction ended, the bus was parked neatly at the front of the establishment. We were then taken into the factory in an assembly line fashion. A brief film of the gem manufacturing process was shown to us. And a three- minute bathroom break was thrust upon us as if we were going to be in a long battle. We were then hauled into a showcase room full of sales reps. The superfluous number of the reps can hardly merit more exaggeration. The ratio of reps to customers was close to 1 to 1. Under no normal circumstance does this excess lineup seem necessary.
We were quick to find out that this so-called gem tour was nothing but a plot between the factory owner and tour companies. The exact breakdown of the profit-sharing scheme between the factory and the tour companies escaped our knowledge, but I would bet it was not too shabby, as it wasn’t hard to observe the sparing of no effort on the part of the guides in orchestrating the solicitation with the reps.
The general facial features of the reps seemed bloodthirsty. They seemed to know exactly who the weaklings were in defending their sovereignty of wallets and wasted no time in biting off big chunk of their credit lines. And the way the predators calculatingly tagged along the potential preys reminded me of our distant ancestor-the crocs in the swamp.
Human beings are a strange creature of “non-end” product. Our evolution likens to that of the geological stratification-layers upon layers of ever-renewing, evolutionary novelties. Our moral behaviors are but a newcomer in human history. They are merely footnotes on the universe’s long and antique chronology. However, contrary to this view, we tend to freeze a particular moment of development and embody such development as thing-in-itself. After all, it was not too long ago that the Church declared the earth to be the center of the universe, since that was the way the world looked like to a medieval mind. So the next time you see your human brother commits a sin, please have mercy on him, for he does not know what he is doing-it is the croc in the swamp. 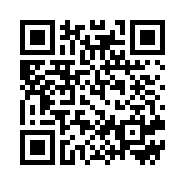