This simple anecdote tells us that we sometimes are blinded by our seemingly infinite choices of bounded variables. We think we own freedom, yet in reality we are constrained by our very choosing of so-called freedom of choice.

Politics perhaps provides the best illustration of our illusion over liberty. People are told the notion that citizens enjoy the freedom to vote, however, upon closer examination, the so-called “choice” we seem to possess eludes our grasp. After all, the people who are put there to compete for the scarce positions are never from the ranks of common folks. Our sole responsibility in this game of freely-held election is to play the role of well-behaved spectators, and our participation in this masquerade called democracy merely justifies the powerful in enthroning their crowns.

In relationship, our freedom to choose our lovers further complicates the matter even more. The U.S. is by far the freest country in the world, however, it enjoys a whopping 50 percent of divorced rate. In choosing, we are actually developing a sense of mental urgency, and attachment to our preferences. And these preferences are precisely where human beings fall. According to Lao-Tzu, the freest man is one who prefers nothing. He chooses nothing yet leaves nothing undone. So to comment on the age-old Shakespearean dilemma “to be or not to be?” A free man would answer “I am neither being nor non-being, there needs not be any questions. Does the cloud in the sky or the stream in the river ever need justification of its existence?”

In the ancient Chinese book called “the Great Learning” there reads a line “the way which could be diverted from is not the eternal way.” In essence, we can’t divert from walking on any ways in the world, because when u seem to be diverted, you are still on a "diverted way." Men in the ultimate sense can’t make mistakes, because mistakes are needed to contrast the truth, just like darkness gives rise to light. Good and bad  invariably complements each other. St. Augustine once made a remark that “the saved people watch cheerfully from heaven as the damned burn eternally in the endless agony of pain in hell.” The saved needs the damned in order to feel right. If every criminal in the world is caught and put in jail, the good people would look very awkward, this time, they don’t have the damned to put them high up on the pedestal of holiness anymore!

Chung-Tzu said that "the great man utilizes his mind like a mirror, which reflects everything yet retains none." Perhaps, that is what true freedom means. 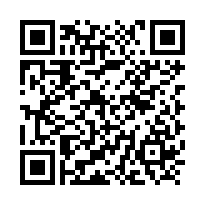